At Raspberry Shake, we believe students really learn and are inspired by science when they are actually doing science in practice. And not just any science – science that is real, tangible, and hands-on. Science that makes a difference. And with Raspberry Shake, not only is this possible, but it is also fun!

“With projects like Raspberry Shake, that distant idea of ‘science making a difference’ becomes reality.”

Raspberry Shake is unique in that when a device is set up and connected, it automatically increases our seismic network’s ability to monitor earthquakes and other seismicity in that region. This is pretty incredible by itself, but now imagine students at the forefront of these new seismic stations.

Imagine students; setting up the seismographs, doing data analysis on the seismic readings, helping to promote earthquake awareness in their community. Students making a real difference!

Too often students’ perspective on science is one of passive information intake and dissemination. This method of learning, as much as it meets the current testing standards, often falls short of really inspiring students to actually want to do more science. With projects like Raspberry Shake, that distant idea of ‘science making a difference’ becomes a reality.

Ever since the Raspberry Shake project began, our team has been inspired time and time again by the power of our little seismograph in education. What we saw was magical… It is amazing what impact empowering students with scientific knowledge and awareness can have on their lives, and their communities.

We knew that we needed to improve support and accessibility for teachers and educators wanting to use Raspberry Shake. We needed a platform specifically designed for education, that could provide every resource an educator would need to start with Raspberry Shake in their classroom. With that in mind edu.raspberryshake.org was born, our dedicated Shake Education website.

Behind every great movement there is an incredible team, and with edu.raspberryshake.org it is no different. Meet the Raspberry Shake team here.

At the head of our education initiative is Gabriel Low, educational designer for Raspberry Shake. Gabriel brings experience in Tech Education and the unique educator/student perspective on how science and technology is taught in the classroom. He started in STEM education working with the Teaching Through Technology (T3) Alliance, as a trainer, and has given workshops in Raspberry Pi, Design Thinking and Growth Mindset (to name a few). Gabriel lives in Manizales, Colombia and speaks English and Spanish fluently.

Want to learn more about the Raspberry Shake project, and how it got started? Click here. 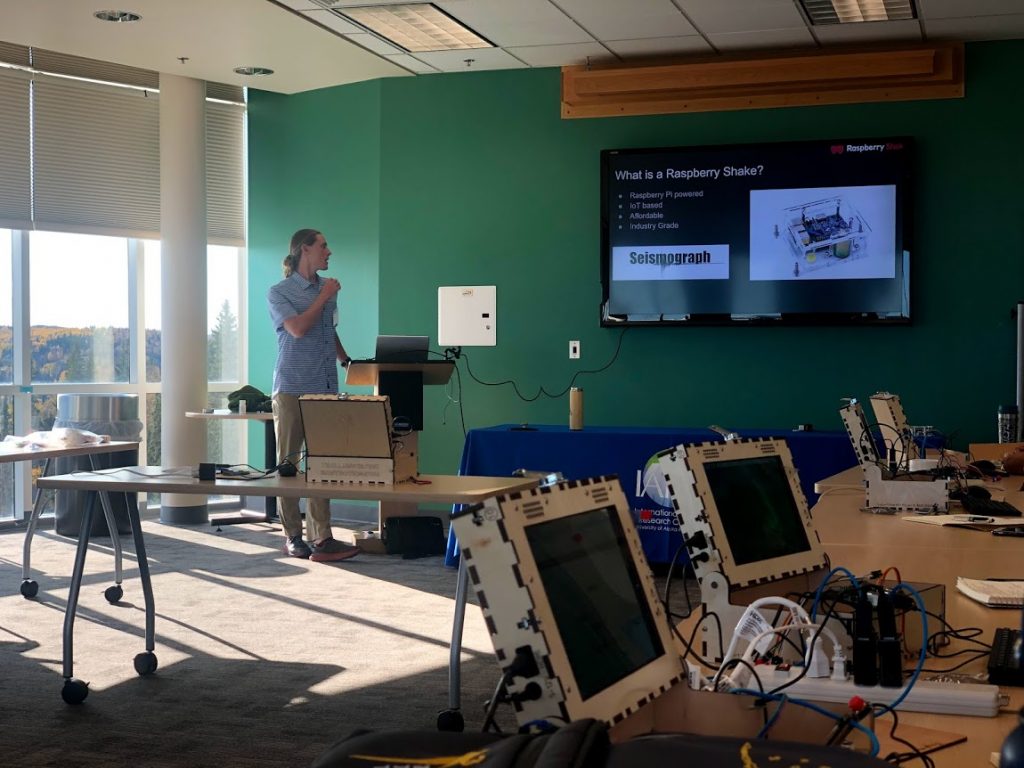 An important part of the development process for the education initiative was the real-world application and testing of our educational curriculum and philosophy. We were able to accomplish this by collaborating with our education partners at the T3 Alliance, who provided us with the opportunity to present our curriculum to STEM educators. Through meetings that followed, we began to understand the need to provide Shake Education Workshops. We provided our inaugural training in July 2019 to a group of Upward Bound Programs in Puerto Rico.  It was an incredible success, resulting in a network of education-powered Raspberry Shakes around the island.